My wonderful, wacky, creative friend and colleague Daru Maer and I are doing a presentation at the Imagery International Conference this October. 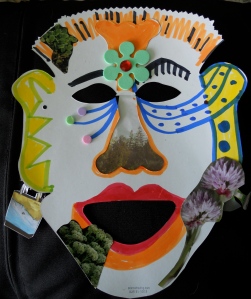 We’re doing an experiential presentation: “The Magic of the Mask”.

Each of us has done variations of this workshop.  Now we have to combine forces which means I HAVE to go to Oregon where Daru lives so we can plan it.  Right?   RIGHT!  I’m sooooooo looking forward to getting “outa town” as I’ve not been away for over a decade (the perils of working for yourself).

Daru said that the weather is unpredictable in Portland – it may rain in the morning or in the evening or rain all day long.  You never know.

So! I need a favor from all of you: Please IMAGINE SUNSHINE IN THE NORTHWEST UNITED STATES I don’t own an umbrella, rain boots or rain coat.

The Magic of Imagery

Marty Rossman, M.D. is one of my first Interactive Guided Imagery(sm) teachers.   Marty and David Bressler, Ph.D. are the co-founders of the Academy of Guided Imagery (AGI)

I “stumbled” onto one of their introductory workshops in the 1980’s.  I had already been certified in hypnosis but was never comfortable with the idea that as the hypnotherapist I held the key, I had the power, to create change.

When I attended that first AGI workshop it was a eureka moment for me.  The process and technique of Interactive Guided Imagery(sm)  Marty and David were teaching was how I intuitively did hypnosis:  The client held the key, the power, I was the guide.   Marty and David are brilliant and innovative.  I was hooked and went on to study with both of them.  I’ve now been on the AGI faculty  teaching other health care practitioners  how to do Interactive Guided Imagery(sm) since 1988.

I “stumbled” across this video of Marty Rossman and want to share what he teaches about the mind and how you hold the key and the power to create calm.

It is an 1 1/2 hour lecture – easy listening and WORTH your time.

At the end Marty will lead you through an imagery exercise for you to experience the power of your mind-body connection .

“Physician, author, speaker, researcher, and consultant Martin L. Rossman, MD, discusses how to use the power of the healing mind to reduce stress and anxiety, relieve pain, change lifestyle habits, and live with more wellness.”

I don’t often talk about it – in public at any rate – but I have been exposed to many cutting edge or “far out”  health & healing techniques and processes.

David Bresler, Ph.D. and Marty Rossman, MD, the founders of the Academy for Guided Imagery  (AGI), have been on the forefront of  alternative medicine and brought leading edge researchers and doctors to speak at  AGI conferences I attended.  Much of what I heard “blew me away” at the time.

This video reminded me of many of the concepts I heard about long ago.   Watching it made me rethink my heart “problems”.

Even if your ticker is ticking just fine it will make you view your heart differently too.

Take the time to watch and expand your world of “possibility”.

(And for those of you who have not been “cured” by western mainstream medicine, watch!)

Thanks to Kathe Caldwell, hypnotherapist and instructor par excellence for sharing The Living Matrix Video with me!

I’ve had the incredible fortune of studying under David Bresler  Ph.D and Marty Rossman M.D.  Both are pioneers in the field of MindBody Medicine.   They founded The Academy for Guided Imagery, a teaching academy for health care professionals to provide treatment using individualized one-on-one imagery for health and wellness.

Not only did they train me to teach Interactive Guided Imagery(sm) they introduced me to a different way of thinking and experiencing my world.

Many of you already know that I keep ranting and raving about the power of our minds and not to dwell on the negative, not to focus on what we can’t do but on what we are capable of.  SO!  When I came across this article by Dr Rossman I HAD to share!!

Shifting Your Attention Can Change Your Brain

from The Worry Solution by Martin Rossman, M.D.

“Repetitively shifting your attention to positive outcomes may actually result in growth in areas of your brain that start to do this automatically. My colleague, neuroscientist Dr. David Bresler, always says that

“what you pay attention to grows” and research proves him correct.

Neuroscience journalist Sharon Begley wrote in a 2007 Wall Street Journal article, “Attention, … seems like one of those ephemeral things that comes and goes in the mind but has no real physical presence. Yet attention can alter the layout of the brain as powerfully as a sculptor’s knife can alter a slab of stone.

Not to be confused for either Dr Bresler or Dr Rossman

” She describes an experiment at University of California, San Francisco (UCSF) in which scientists “rigged up a device that tapped monkeys’ fingers 100 minutes a day every day. As this bizarre dance was playing on their fingers, the monkeys heard sounds through headphones. Some of the monkeys were taught: Ignore the sounds and pay attention to what you feel on your fingers…Other monkeys were taught: Pay attention to the sound.”

UCSF researcher Michael Merzenich and a colleague wrote that through choosing where we place our attention, “‘We choose and sculpt how our ever-changing minds will work, we choose who we will be the next moment in a very real sense, and these choices are left embossed in physical form on our material selves.'”

Had a WONDERFUL group of students at the Interactive Guided Imagery  4 day Preceptorship intensive–Smart, accomplished, great senses of humor, all with a willingness to learn and . . .  I’m pooped.    Daru and I worked individually with a group of 4 or 5 students every day all day. And September 22-25, 2011  at Preceptorship 2 we do it all over again!
(www.http://acadgi.com/ )

Yes, I DO do self-hypnosis!  Keep getting questions about whether self-hypnosis works.  Here’s my personal account:

Self Hypnosis & My ski-lifting story

I burst into tears when my husband announced that our favorite niece was getting married on top of a mountain and to get there I had to take a ski lift. They were not tears of joy for my niece. They were tears of terror at the thought of riding a ski lift.

I’ve been terrified my entire life just at the thought of being suspended in air in a gondola or lift. But I was determined not to miss the ceremony.

The first thing that came to mind was drinking heavily. That, however, was another form of missing the ceremony. Friends suggested I just keep my eyes closed. I suspected I’d peek.

“Hey, I’m a hypnotherapist.” I said to myself. “Do what you do.” (don’t tell anyone I talk to myself, please).
So I began a daily regime of self-hypnosis. Daily was slight over-kill but I wasn’t going to take any chances. I knew self-hypnosis worked for others but doubted anything could help abject terror, especially since it was mine!

Here’s what I did and you can do it too! It’s called Ideomoter Finger Signaling: (this is all done silently to yourself, so people don’t try to lock you up)

I repeated that with each of the 3 memories my unconscious mind found. Luckily, all I got was “yes” responses!

Confident that my old out-dated fears had been released, each day I did this mini-self-hypnosis that I made up:
• As I pictured myself in the lift chair I silently repeated: “I feel wonderfully up-lifted”.  (I thought that was pretty clever, if I do say so myself . . .)

Ta DA!  Rode the ski lift, eyes wide open, stone-cold sober and actually enjoyed the experience. (Well, there was a tiny moment of holding my breath and gripping tightly when the lift stopped and we “hung” in the air)

I’m so proud of myself I may even take up skiing.
I’d better start on my old memories related to my FEAR of speeding.. . .and aversion to cold . . .

Beginning February 1st I am facilitating a special 8 week Group for people with life-altering medical conditions.  I call it a SupportShop because it’s “a little bit support group and  a little bit workshop” (apologies to Donny & Marie).

When I was first diagnosed with fibromyalgia I attended a couple of support groups.  I walked away feeling worse than when I arrive.  The focus was primarily people’s anger over their medical treatment (or lack thereof), the things that they weren’t able to do and the despair that it would never be different.

I never went back. They were singing a different tune than I needed to hear.

For the rest of you I will be posting the therapeutic creative expression exercises we will be doing HERE on the blog.

Even though it’ll be only one 1/2 of the duo,  you can still belt out the lyrics (whether or not you can carry a tune). 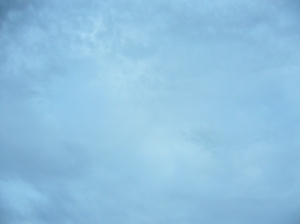 My mind has been blank so I looked outside for inspiration.

The sky tonight is different in each direction I look.

My colleague and friend Daru and I have been teaching for the Academy for Guided Imagery. http://www.academyforguidedimagery.com, a training academy for health care professionals in the use of guided imagery for health, healing and wellbeing,  since the late 1980’s.   It is just as stimulating and satisfying as it was 20 years ago:  Wonderful people, inspiring insights and gratifying progress seen with each and every student.

Notice the emphasis on 20 years ago!  I’m poooooooooped.

I guess it’s a blessing that my mind goes north when my energy goes south and my body goes east while my spirit goes west.