I don’t often repost word for word, much less “dirty word” for “dirty word”.  This was so thought-provoking and well written . . .  well,  read for yourself . . . (words by Sharon, color high-lighting and pictures by me)

Dirty words. Stub my toe on the sharp metal caster and you’ll hear me spew lots of dirty words. Crap, kocker, damn it, dreck. It hurt, damn it, I’m allowed to holler, and I don’t have to be nice about it. In English and Yiddish, I holler all the bad words. Feckuckteh caster.

Lenny Bruce, the rebellious comedian who loaded his dark comedy with language considered obscene, made seven particular words famous by virtue of their being too dirty to speak aloud. So of course he did, and was arrested for his defiance. Cover your eyes if you’re the sensitive sort because I’m going to list them here: cocksucker, cunt, fuck, motherfucker, piss, shit, tits. Bruce’s real crime was pointing out the hypocrisies of our culture but the words got him in trouble. He was too vulgar for polite society, no matter that society was too brutal for the underrepresented and downtrodden. Bruce was no angel, and many people lost sight of his legitimate demand for free speech, the very thing we now take for granted. Today, his seven dirty words hardly raise an eyebrow, so often are they hollered through the night.

An infant’s first word is “mama” or whatever word in her native language aligns with that individual. Fathers have been trying forever to get the first word to be “dada.” But the first word ever uttered by the very first human who found she had a voice box that allowed more verbalization than a huff, grunt, or yowl? It was “fuck.” Had to be – standing small and alone in the African desert, she found the world terrifying, she saw her life in peril, and she said what we all say at such realization. “Fuck.”

You can put in all the asterisks, ellipses, blank spaces, bird calls, or underlines you want in order to grant your writing a measure of gentility, but face the facts. You may swear upon your holy books, mutter amens and hosannas, grovel on your knees, pledge your honor, and promise repentance. None of it means a thing without follow through. Every writer, humanitarian, philosopher –  every decent person accepts the same truth. Words are harmless, scratches in the dust even when howled under duress. It’s the acts that are horrific, and the reality that these acts take place every single day all over the world – the acts are far worse. More hurtful, longer lasting, intentional.

Writing these words does not make writing a bad act. Writing them brings the implied actions to the attention of a public that often wants to hide behind prayers, lattes, and cell phones. There is no indecency in words. The indecency is in the fact that so many engage in the actions described by the words. When we eliminate these bad acts so completely that to say one of these words engenders genuine confusion among all people – what does that mean? I can’t understand words that don’t relate to the human condition anywhere in the world– then we can label them as really bad words. 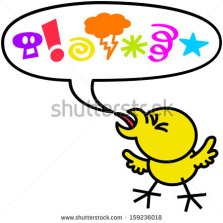 Call me a dirty girl. I yearn to be that and more. I will not stand down. The only thing I own is my integrity. Pen to paper. Truth to power.

Here in fact are the very most vile, horrendous, and disgusting words in English, and they can be translated into any language and still carry the same inherent evil. I hold out my hands for the cuffs. Arrest me. These are the dirtiest three:

As I read Ramesh’s poem, I reflected on my own experience with tears.  Tears for me do dilute pain.  Tears also signal truth.

My first experience of tears and truth was when I was in therapy over 30 years ago.  Whenever my therapist made a comment that was a truth I hadn’t consciously known or acknowledged I would unexpectedly, spontaneously burst into tears.   Tears that welled from the core of my being.

To this day, tears are a barometer of both my pain and my truth.   Perhaps my pain and truth are one in the same?

White sheet of paper
And the poet in me
Got tempted
As the thoughts
From the heart
Started flowing,
I scribbled
“Presence of pain
In my heart doesn’t mean
I am not happy……”
Suddenly, a lump in throat
And a tear from the eye
Rolled out and fell
On the paper
The word ‘Pain ’ got
Scattered and diluted
. . .      . . .
And hey, haven’t I
Found a truth here:
Tears indeed dilute pain…

Thank you Ramesh for a beautiful and thought-provoking poem,